What is CBG? The Hemp plant has more than 110 cannabinoid compounds and CBG or Cannabigerol in one of them. It`s another non-psychoactive cannabinoid, just like CBD.

CBG is the first cannabinoid to be formed in the young hemp plant. All the other cannabinoids are created after. Everything starts from cannabigerol acid (CBGA) and then the enzymes gradually break down the molecule to create new ones such as THCA (tetrahydrocannabinolic acid) and CBDA (cannabinolic acid). These acids then break down into CBD or THC.

During growth, CBG is normally about 1% or less in hemp. We still know only a little about CBG due to its low concentration in harvested hemp plants. Nevertheless, it is possible that its action, combined with other cannabinoids, including CBD, can explain the power of the synergy of the molecules of cannabis.

A combination of both non-psychoactive cannabinoids, CBD and CBG, may open a field of possibilities and optimize their assimilation by the body.

CBD:CBG Blend 1:1 ratio Our new Platinum Blends contain on their own a perfect synergy between these two molecules.

600mg Platinum – This formula offers you an equivalent ratio of 300mg CBD and 300mg CBG for a total of 600mg available in 20ml spray bottle. 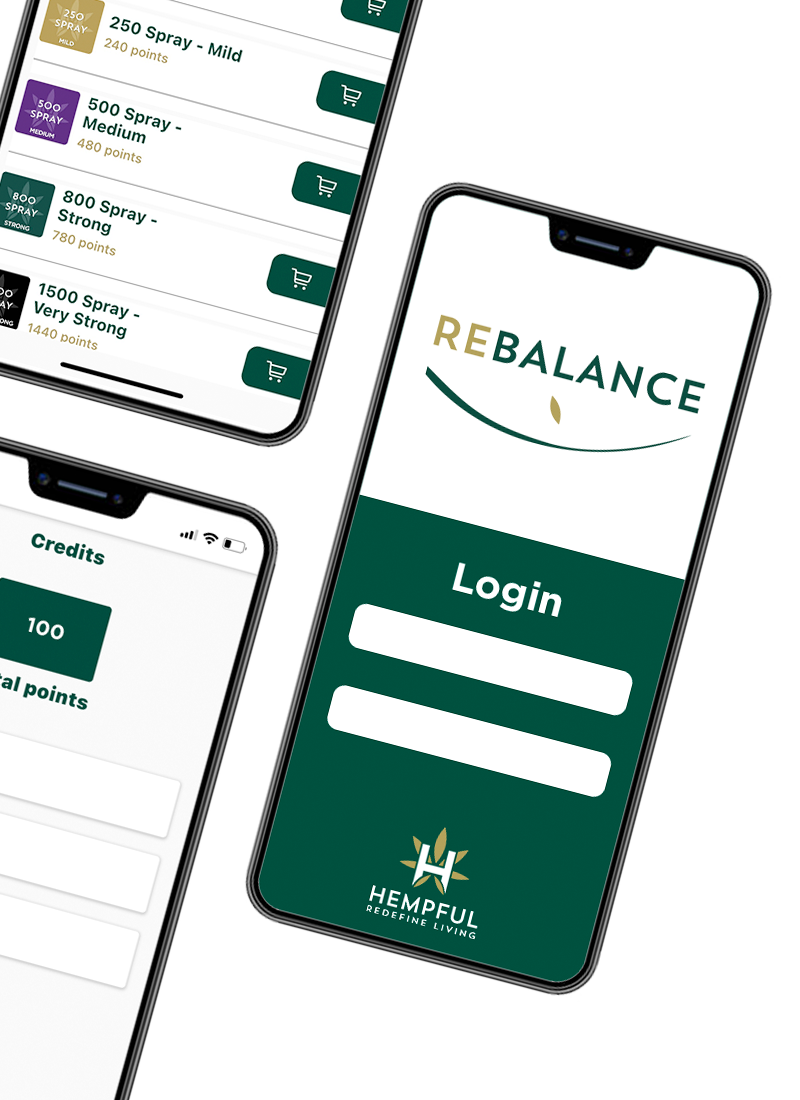 Rebalance ProHave you downloaded our loyalty app yet?

Available on Apple and Android

This website uses cookies so that we can provide you with the best user experience possible. Cookie information is stored in your browser and performs functions such as recognising you when you return to our website and helping our team to understand which sections of the website you find most interesting and useful.

Strictly Necessary Cookie should be enabled at all times so that we can save your preferences for cookie settings.

If you disable this cookie, we will not be able to save your preferences. This means that every time you visit this website you will need to enable or disable cookies again.